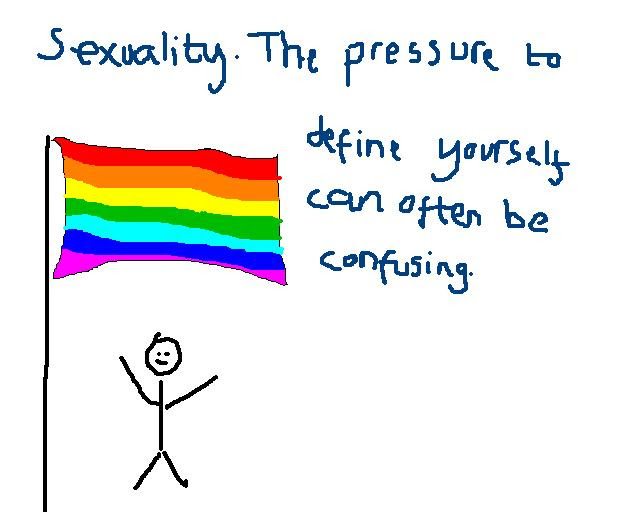 So, there is this thing called the Pilling Report - full title "Report of the House of Bishops Working Group on Human Sexuality". You can read it here, if it interests you. It does a fairly good job of sitting on the fence for much of the time, but it does make a mild suggestion or two about stuff the CofE might want to talk about, and among them is this:


The Church needs to find ways of honouring and affirming those Christians who experience same sex attraction who, conscious of the church’s teaching, have embraced a chaste and single lifestyle, and also those who in good conscience have entered partnerships with a firm intention of life-long fidelity.

As a result, my inbox has been a little busier than normal. I have had several letters from parishes in my diocese notifying me that their PCCs have talked about the Report and passed a motion on it. There is the odd small variation in these, but in essence the text welcomes much of the report but states that any attempt to introduce any sort of official recognition for same-sex partnerships into the CofE liturgy would be regarded not as a measure of pastoral sensitivity but a split from the majority of Anglican practice, and therefore liable to cause a rift in the Anglican Communion. I'm not entirely certain where the text used by these parishes has come from, but I suspect it is one or other of the Conservative Evangelical campaigning groups.Such a response is not unexpected, and while I would rather have actual threats than veiled ones - so much easier to understand - I can see where they are coming from.

I was a little more surprised to receive the following e-mail this morning.


The Science of Sexuality
Dear Bishops and Members of Synod

There has been a serious failure to address the known science of human sexuality, as highlighted by the Pilling Report. I have attempted to summarise these issues in the short article attached, which has been commended by several Fellows and Members of the Royal College of Psychiatrists as being an accurate reflection on the current situation.
I trust this will inform your current deliberations.
With many thanks
Yours faithfully
Peter May
Dr Peter May MRCGP
Southampton

You can go and read the attached article here. I read it, and was motivated to send the following response:


Dear Peter,Thank you for your letter. I have some observations for you in response.I think most sensible people on either side of the debate have long since accepted that human sexuality is far too complicated for us to be able to talk in binary terms either about orientation - heterosexual/homosexual - or origin - nature/nurture. I think it's also true that for most of us the challenge is to accept that all of us are made in God's image. This is very difficult for both sides - it is much easier to put those with whom you don't agree in a box labelled 'wrong' than it is to accept that they too are an aspect of creation and thus equally representative of God's will and love.While it is true that some people hold on to the totemic view that sexuality either is or is not determined at birth, the material you have collected points out to us that the reality is not that simple. In a more general sense it is an excellent reminder that the process of Creation is a continual one - neither you nor I are the men we were twenty years ago. Some of that change is due to our genetic inheritance, some is due to environment or circumstances, some changes are ones that we have actively or unknowingly allowed, some have been involuntary and so on. I would suggest that we cannot be certain about how much of who and what we are is predetermined and how much is the result of circumstance, environment and conscious or unconscious choice, and this has to inform how we talk about sexuality.I think it is also worth making the point that although as Christians we should be answerable to God and not societal pressure, we also need to be able to deal with society as we find it. I have spent the last five years living in Brighton, and time and again have heard from those on the leading edge of mission in that place that our current squabbles about sexuality make it impossible for them to engage with people who are in desperate spiritual need. In fact, many of us on the 'liberal' side are surprisingly old-fashioned when it comes to relationships. We would love to be able to talk about continence, respect for oneself and others and the need to mirror God's love for us in our relationships, but while the public perception is that Christians think that homosexuality is sinful we remain powerless. It is possible that same-sex relationships are not part of God's plan for any of us, but it is absolutely certain that promiscuous and casual relationships - one night stands for purely physical gratification - are immensely damaging to all those involved. The wreckage caused by such a lifestyle is heartbreakingly visible in Brighton wherever you look, and I have to ask the question - which of these options is better? Should we continue to preach a gospel with which those around us simply cannot connect, or should we instead accept that in a broken and fallen world we do what we can?We live in a dark place. However unconventional they might be, and however uncertain we might be about them, committed, faithful and loving relationships stand out in that darkness like beacons. Can we not allow that they are beacons of God's love?

As I have been putting this post together, Dr May has kindly replied to the purple prose above, saying that his concern is


"to get the facts on the table, which are currently being distorted for ideological ends, and hushed up by those represent ‘science’."

I have to say that I agree with him. There is distortion for ideological ends from both sides of the debate. If we could somehow be certain whether or not sexuality is fixed at birth, it would make things much easier. However, all other complexities aside, it is almost impossible to prove a negative - and that is what both ideologically hard-line positions demand. The conservative position is predicated on the fact that people are not created gay. The hard-line progressive position is predicated on the fact that your sexuality is not something you can change - you can't 'decide' to be straight any more than you can 'decide' to have blue eyes. It is this fundamental problem that causes most of the sound and fury - both sides present what is actually a sincerely held belief as something capable of absolute proof.

So what do the rest of us do? I have said before that my understanding of what it means to be a Liberal is to accept the mantra 'of course I could be wrong'. I sometimes envy people their certainty over issues where I can clearly see the arguments for and against each position, and am forced to choose as best I can.

For what it's worth, I am in favour of that bit of the Pilling Report, and if anyone is still reading this ridiculously long post, I'll tell you why. I have no idea whether or not sexuality is a choice or not. However, I am certain that there are many people who sincerely believe that their homosexuality is an integral part of the way in which they were made by their creator. As a Church we are faced with a choice about how to minister to such people. We can believe that they are disordered in some way, in which case however welcoming we might be, however loving, they will never truly feel a part of the Church. Alternatively we can accept them without reservation as they are, affirm their relationships and - most importantly - hold them to the same ideal moral standards as anyone else. We should strive together to support relationships based on continence, fidelity and mutual respect, and seek forgiveness together when we fall short of that ideal. I could be wrong about homosexual relationships. If I am, I will be called to account for it in due course. However, until that time, I am making what I believe to be the best choice in an uncertain world.

Here ends the sermon. Comments most welcome, but please don't start on the slippery slope towards bestiality or whatever, because that's just silly and you'll have more fun here.

Posted by Justin Brett at 04:45 No comments: 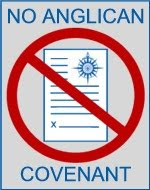